As in the past, Cordal tries to shed light with his dark humor on sociopolitical issues, often through the lens of his little men in suits – either as the long suffering salaryman or as the corporate fat cats.

As in the past, Cordal tries to shed light with his dark humor on sociopolitical issues, often through the lens of his little men in suits – either as the long suffering salaryman or as the corporate fat cats. Once in Bilbao, SC Gallery presented “Giza komedia”, Isaac Cordal entitles his new exhibition “Giza Komedia” (Basque for “The human comedy”) and it is a continuation of his wider project Cement Eclipses. The new body of work from the Galician artist featured sculptural selections from his longstanding Cement Eclipses series as well as photograph documentation of some of these pieces as interventions in the public space of Bilbao. Artist Isaac Cordal is well-known for his creation and placement of miniature cement figures in public places around the world as part of an ongoing series called Cement Eclipses. While the meaning behind each tiny sculpture is intentionally ambiguous, it’s impossible to look at each piece without imagining a story. The pieces often appear in scenes of mourning or despair, as part of what Cordal says is commentary on humankind’s disregard for nature and as foreshadowing of potential consequences. Isaac Cordal is sympathetic toward his little people and you can empathize with their situations, their leisure time, their waiting for buses and even their more tragic moments such as accidental death, suicide or family funerals. The sculptures can be found in gutters, on top of buildings, on top of bus shelters; in many unusual and unlikely places. Cement Eclipses is an ongoing nomadic project that started in year 2006. So far, as a part of this project there have been public space interventions in Berlin, London, Bogotá, Brussels, Zagreb, Vienna, Milan, New York, Amsterdam, Nantes, San José, and Hanoi, among other cities. 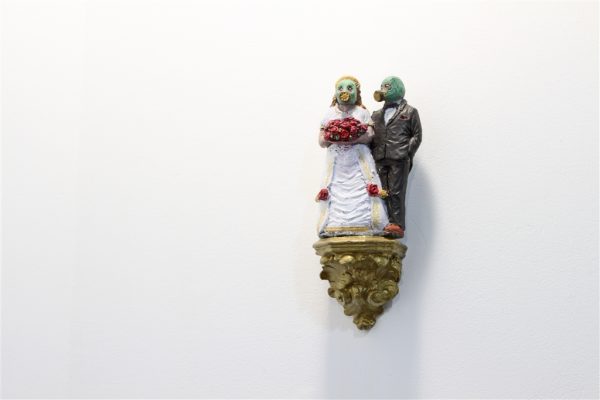 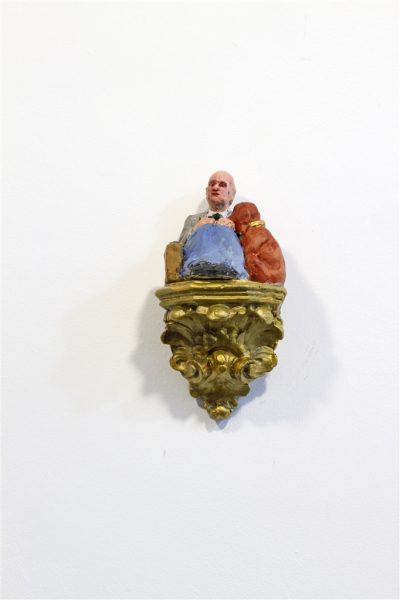 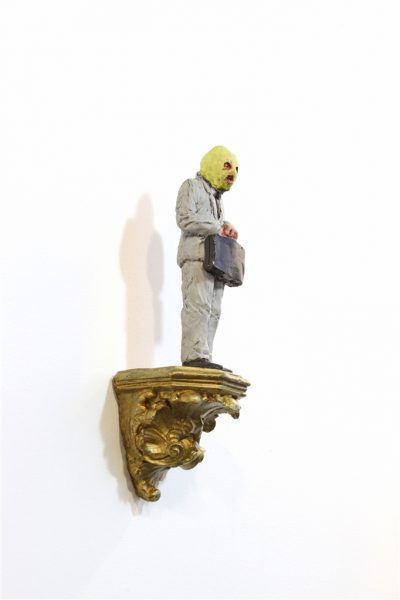 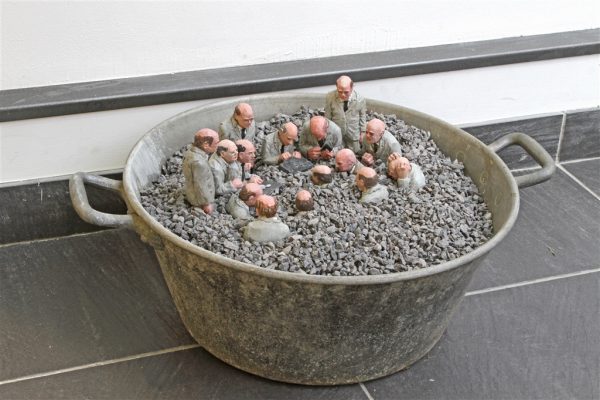 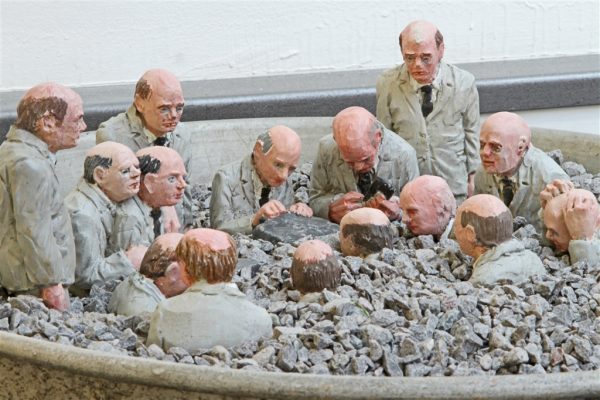 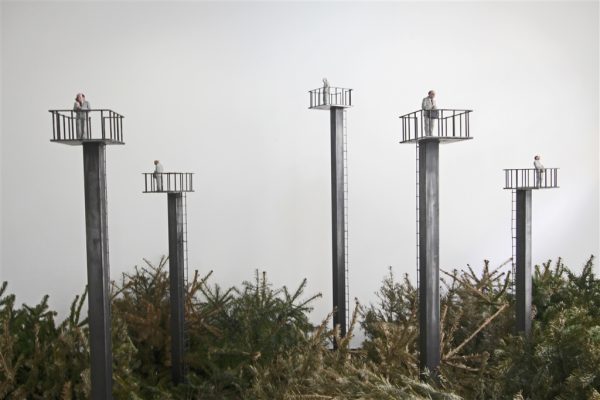 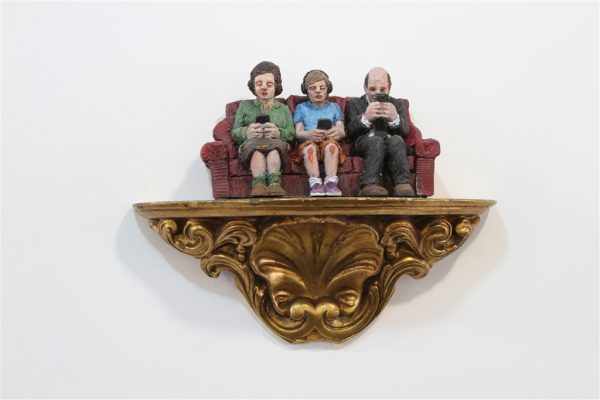 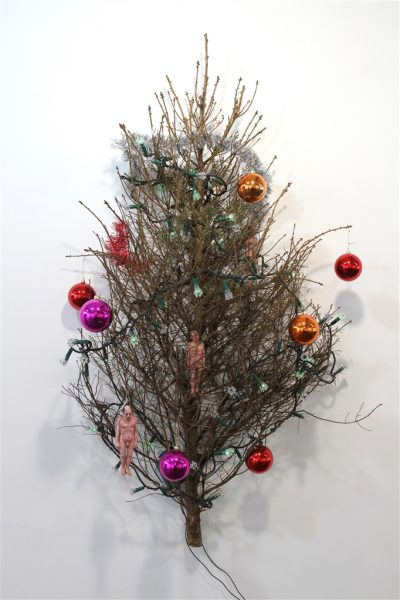 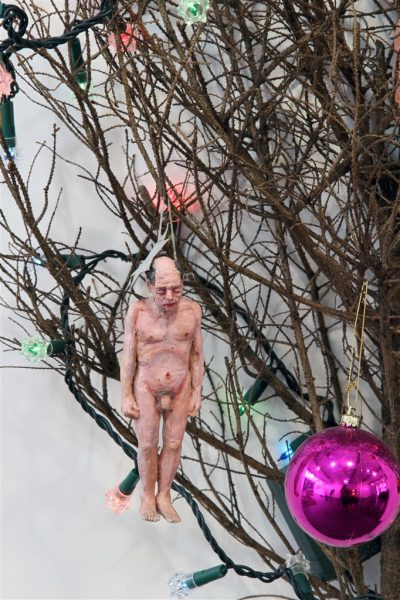 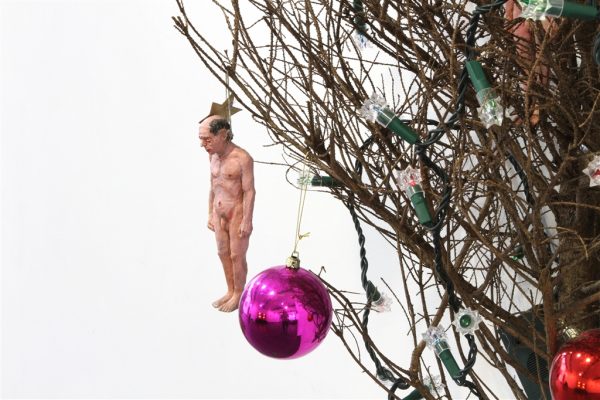 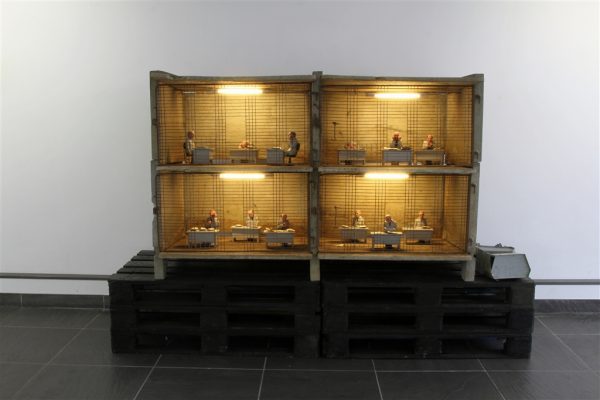 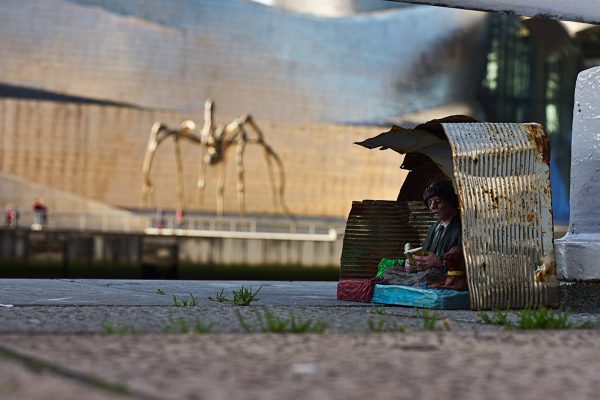 Isaac Cordal (born 1974) is a Spanish artist whose work involves sculpture and photography in the urban environment. He lives in Brussels and Galicia.