The oversized animal menagerie by Florentijn Hofman that includes a fox, octopus, and reclining bunny now has a new member. Hofman is known for his large scale installations of animal characters.

The oversized animal menagerie by Florentijn Hofman that includes a fox, octopus, and reclining bunny now has a new member. Hofman is known for his large scale installations of animal characters. The Dutch artist recently completed a 15-meter-tall squirrel caught peeking into a botanical garden in Chongqing, China. 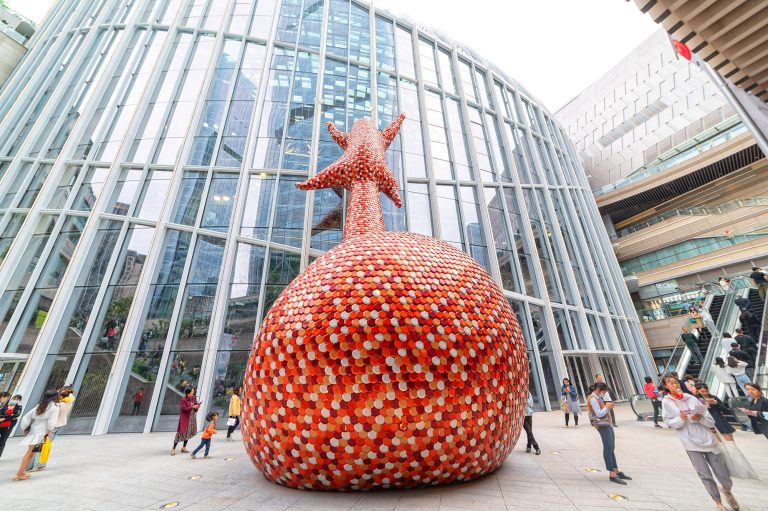 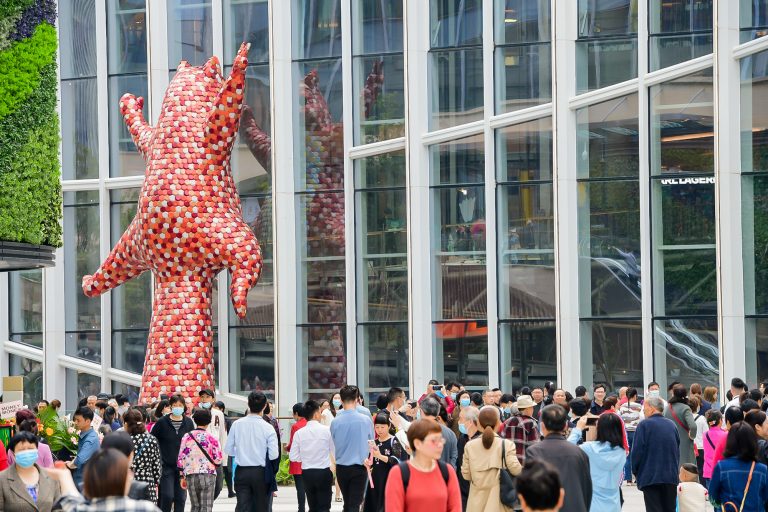 Covered in 16,500 metal discs and propped up by its extraordinarily bushy tail, the cheerful creature waves at the visitors indoors and even flashes a peace sign with its paw. 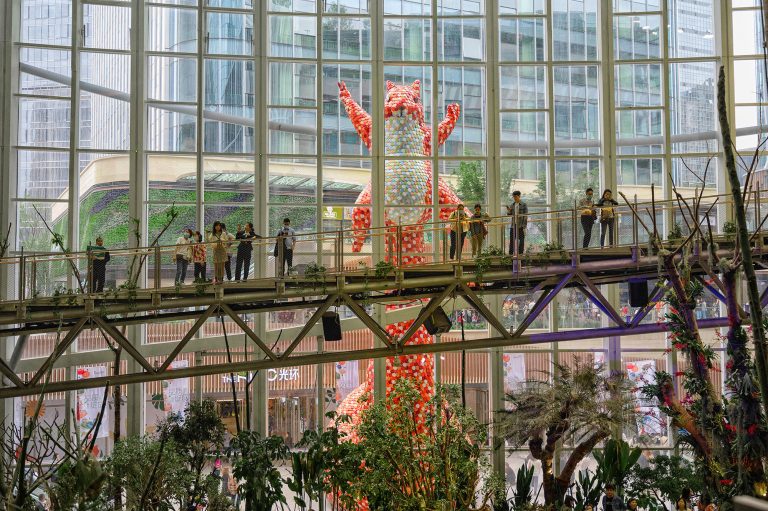 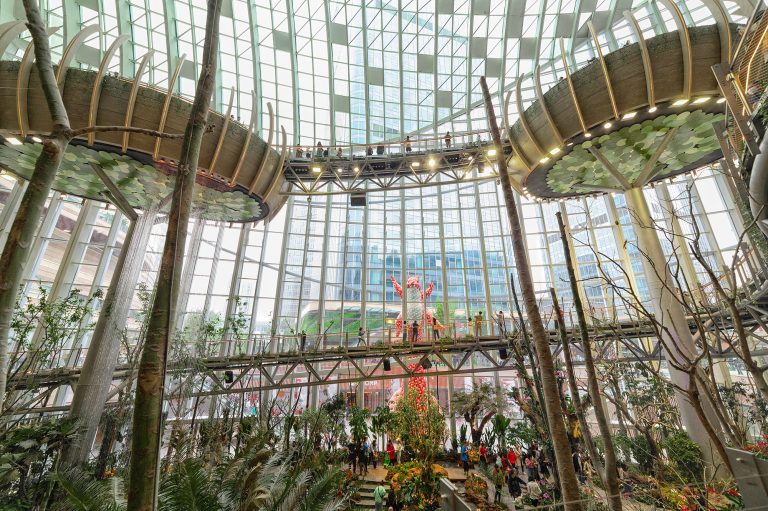 Located at the Dayuan Town Naval Base in Taiwan, “Moon Rabbit” is an enormous yet adorable bunny that’s propped up against a grassy military bunker gazing up at the moon. The large-scale work is based on the East Asian folklore about a rabbit that lives on the moon. 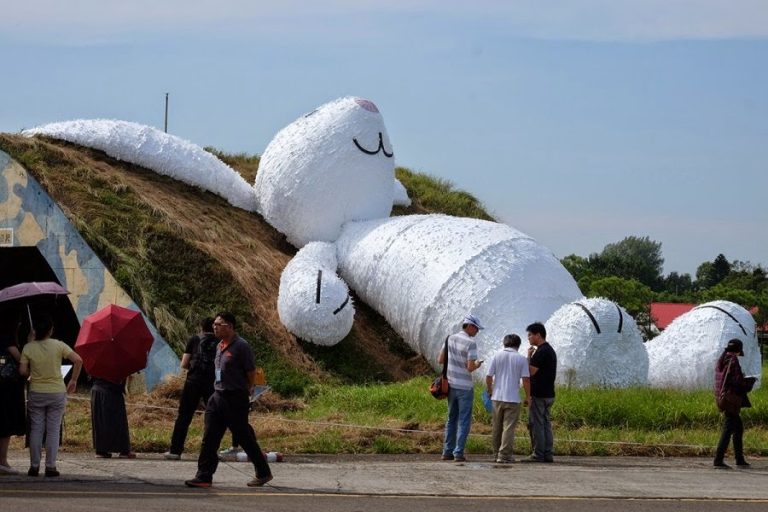 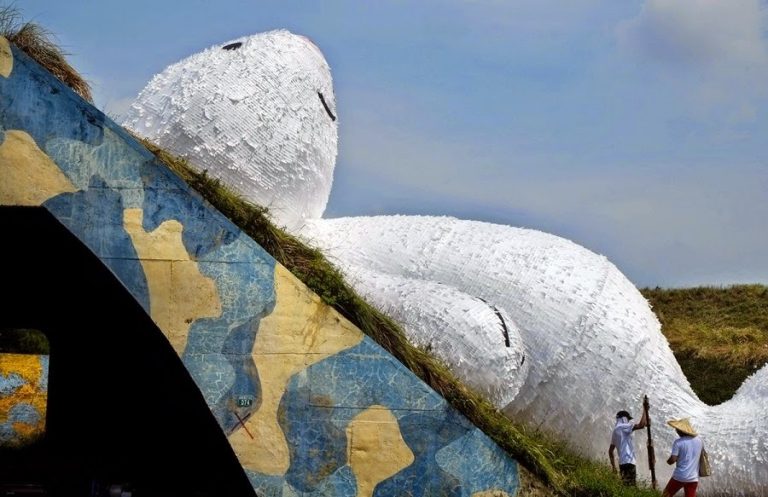 Hofman unveiled his newest large-scale animal design, this time with the function of a playscape for Vanke Group’s One City development in the centre of Yantian, Shenzhen. The playground is designed within the eight legs and head of an octopus, a piece that is named after the mythological sea creature Kracken despite its friendly appearance. 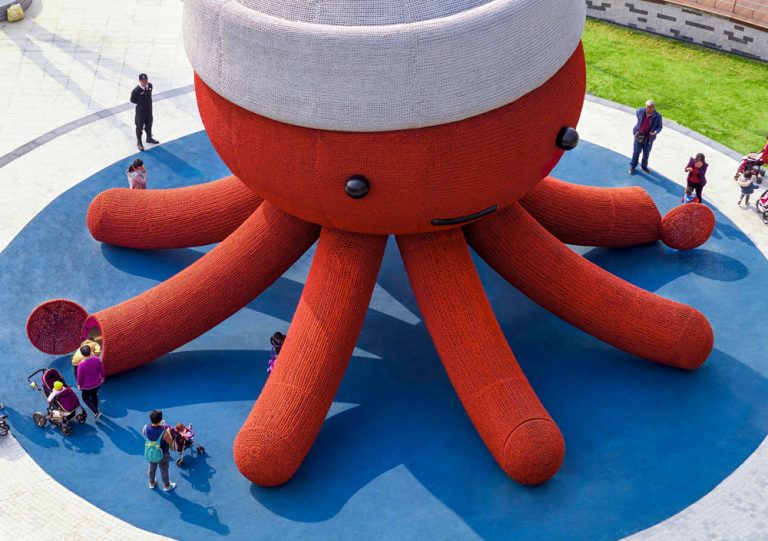 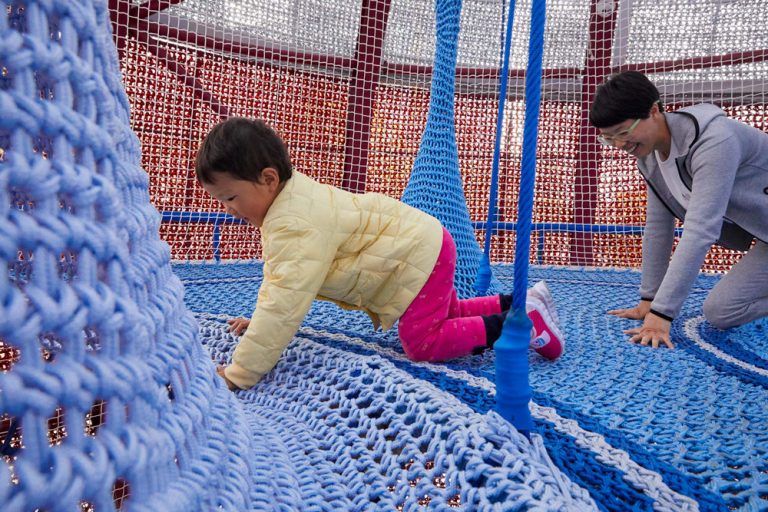 Residents of Rotterdam’s Bospolder-Tussendijken frequently spot bushy-tailed foxes roaming their streets at night. Hofman installed a massive “Bospolder Fox” that peers over a busy intersection in the neighborhood. 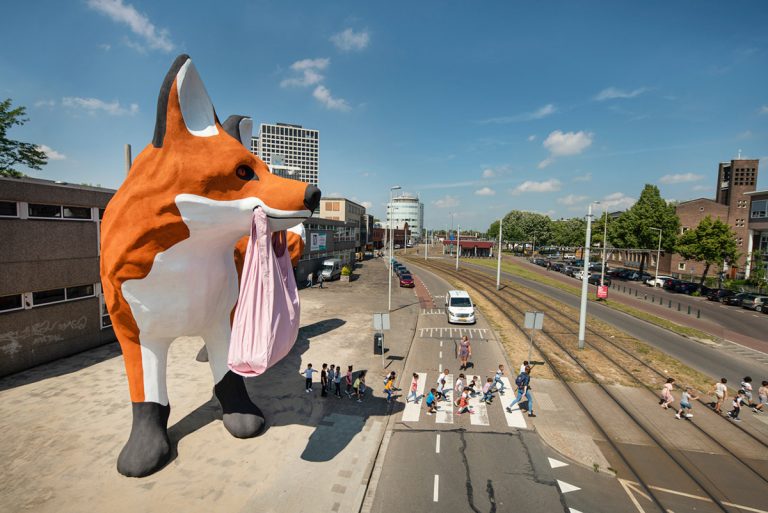 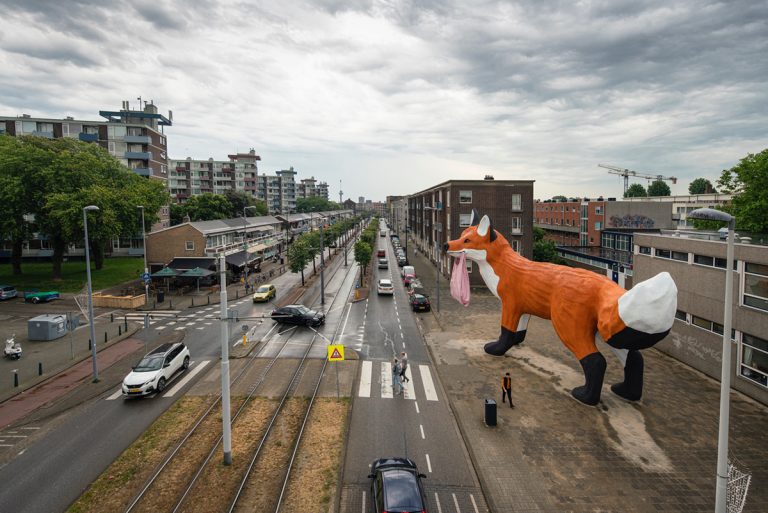 Spanning 16 meters, the fox holds a pink bag in its mouth, a gesture that anthropomorphizes the wild animal, as Hofman asks,

Has the Bospolder Fox stolen something? Is he clearing up litter? Or has he just returned from a shopping spree on… 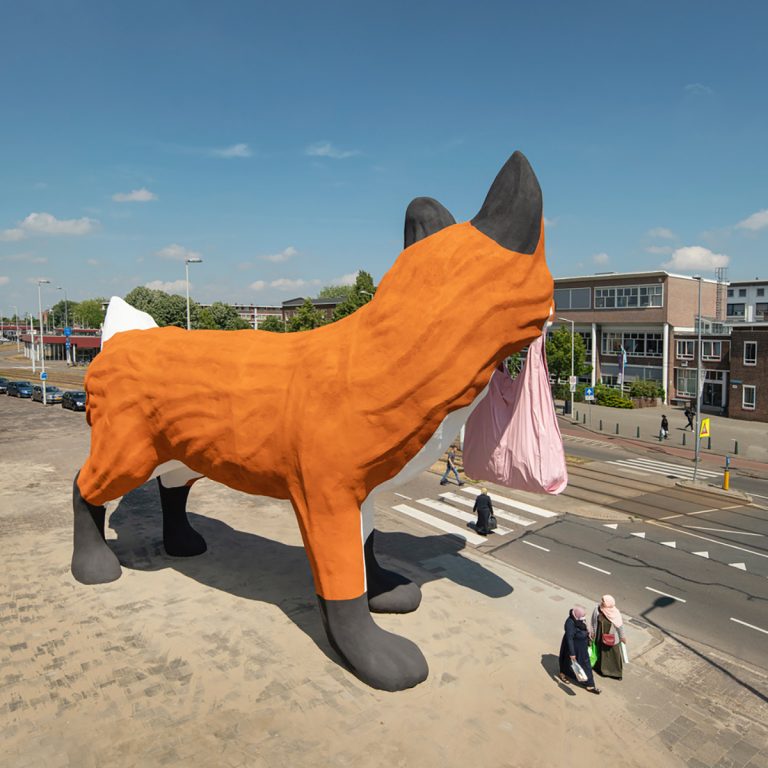 All images courtesy of Studio Florentijn Hofman, shared with permission 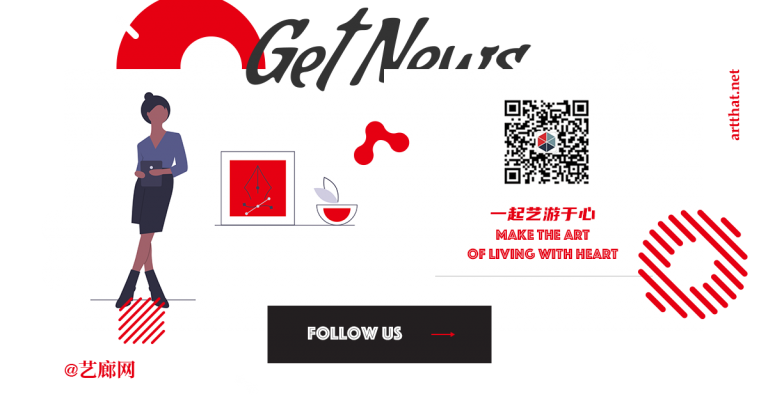