At the beginning, French photographer Laurent Chéhère is known for his commercial work for clients such as Audi and Nike, but after a change of interest he left advertising and traveled the world with stops throughout China, Argentina, Columbia, and Boliva. 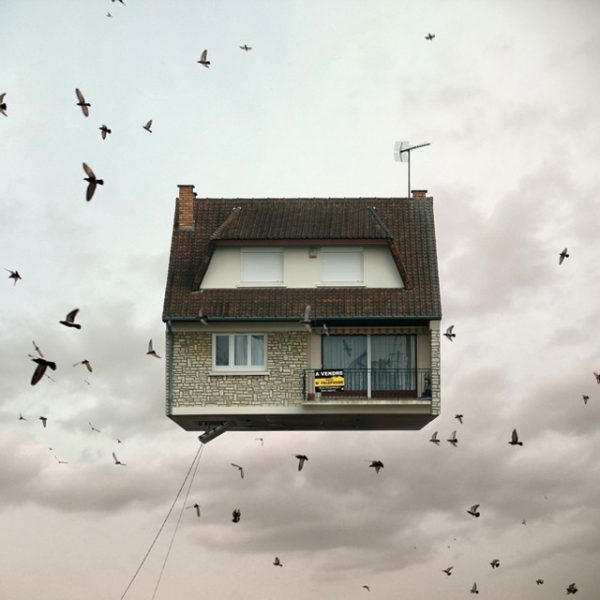 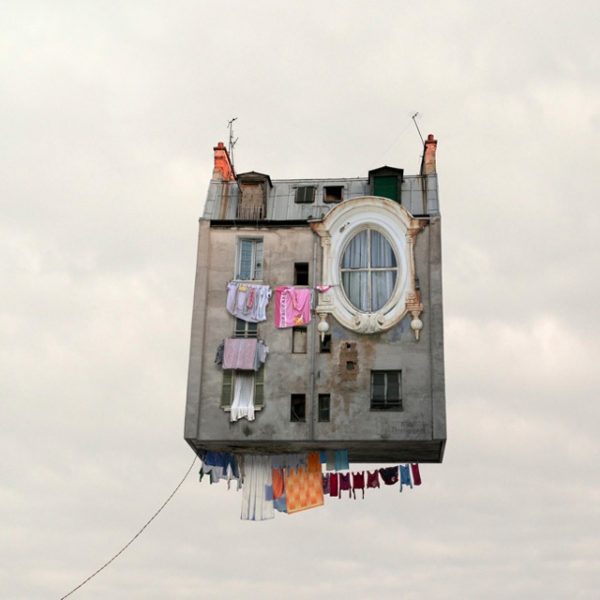 From his numerous photographs along the way was born his Flying Houses series, a collection of fantastical buildings, homes, tents and trailers removed from their backgrounds and suspended in the sky as if permanently airborne. 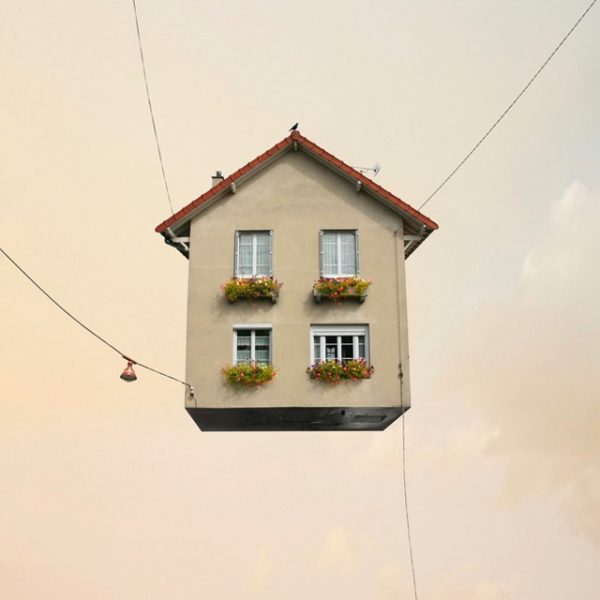 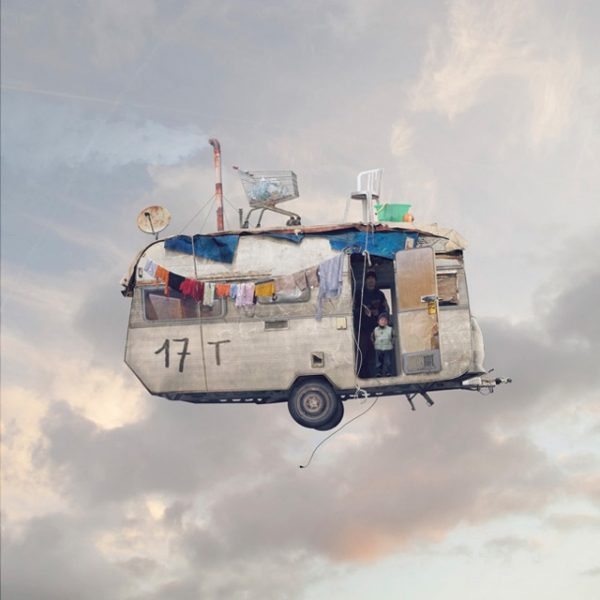 Chéhère imagines a world without gravity where unusual architectural structures seem to float midair, tethered only by loose strands of power lines. 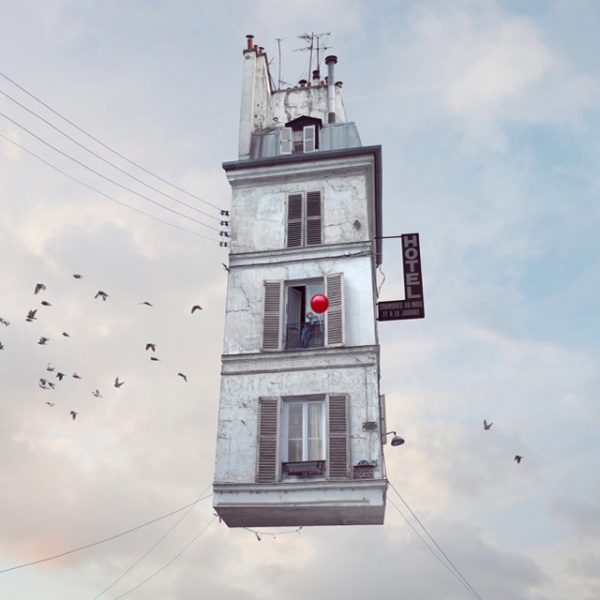 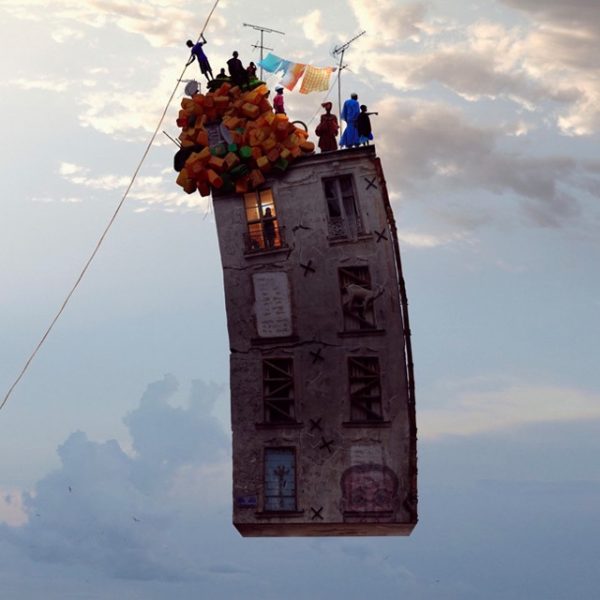 Each house seems dense with details, telling the story of fictional inhabitants through purposeful details that allude to much deeper stories behind each image. 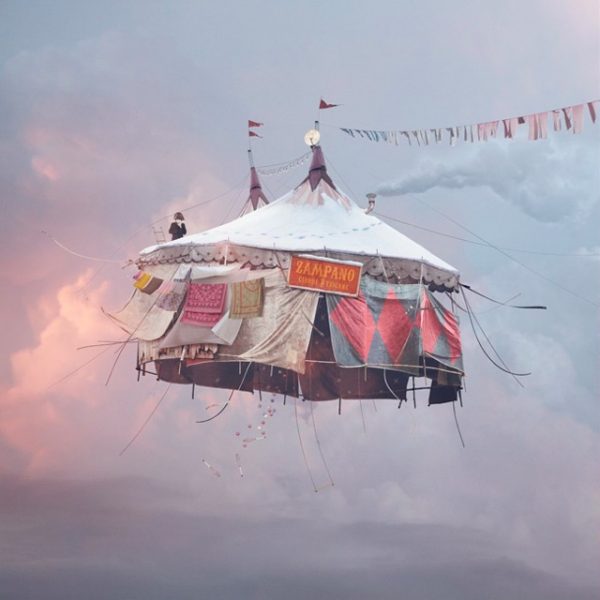 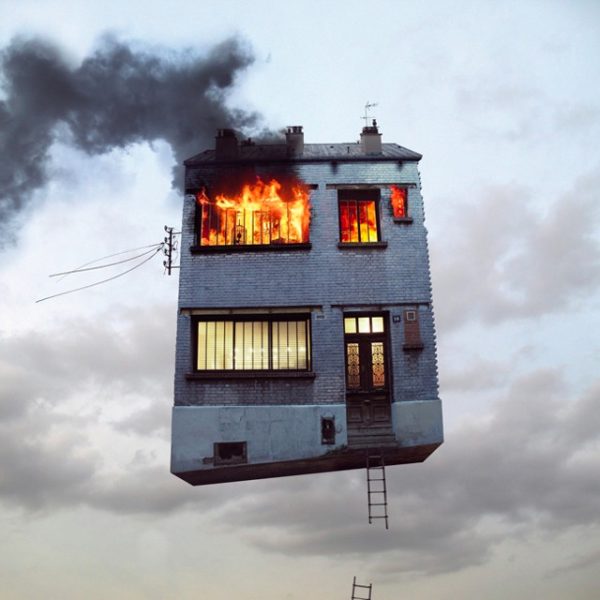 By uprooting the houses he hopes the viewer focuses more clearly on them, an act he refers to as “releasing them from the anonymity of the street.” Each house is actually an extremely detailed photomontage and begins life as a series of sketches. Chéhère then photographs hundreds of elements like antennas, walls, roofs, graffiti, and birds which he then assembles digitally into the pieces you see here.