I see this artwork as an interpretation of how radiance, much like ideas and discoveries, start from one central point and expand outwards…The whole design is built around Fibonacci’s golden ratio.

“Light,” says Chris Wood, “is the purest form of radiance.” The Cambridgeshire-based artist is known for her dazzling installations made of dichroic glass—this transparent material produces a shifting spectrum of color depending on the viewpoint—that emit phenomenal prisms illuminated. 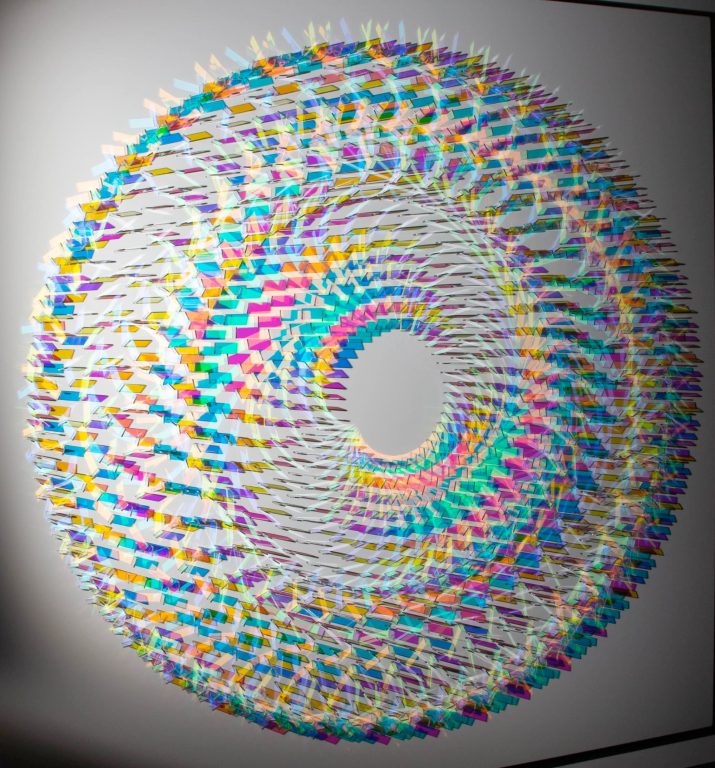 Often arranged on a panel or wall, the works evoke organic patterns, like helices, murmurations, and in the case of Wood’s most recent piece, the spiral of a nautilus shell. 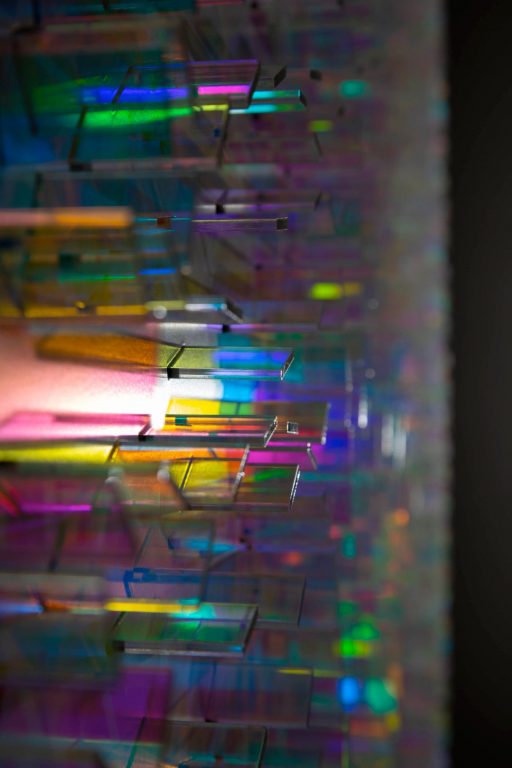 A commission from the beauty brand Clé de Peau Beauté in celebration of its 40th anniversary, this new rainbow-like installation revolves around that milestone. “There are 40 spirals, each with 40 dichroic elements to them. Embedded within each spiral is the number 40, written in binary code. The outermost circle measures 1,600 millimeters in diameter—the square root of which is 40,” Wood (View Previous Artworks) says. 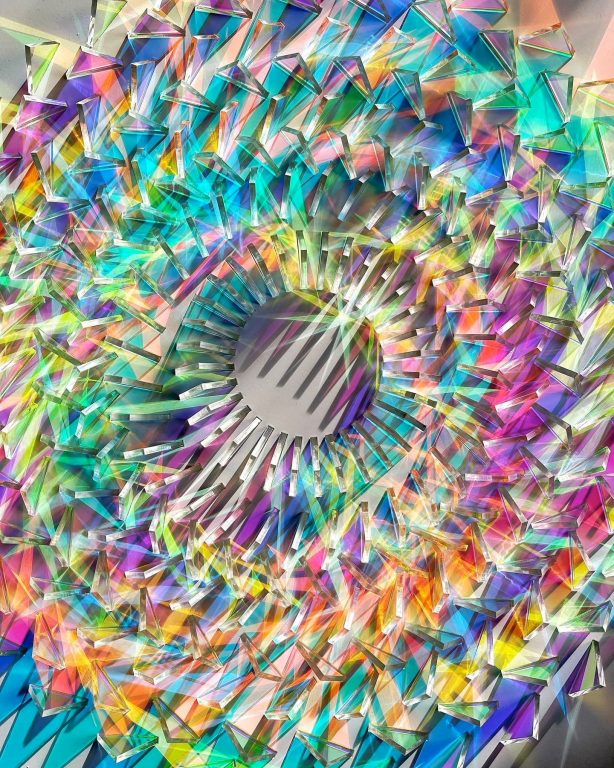 This incredibly intricate design also references the earth, moon, and sun through the three more prominent rings and expands on the intrinsic connection between the mathematical and natural. She explains: 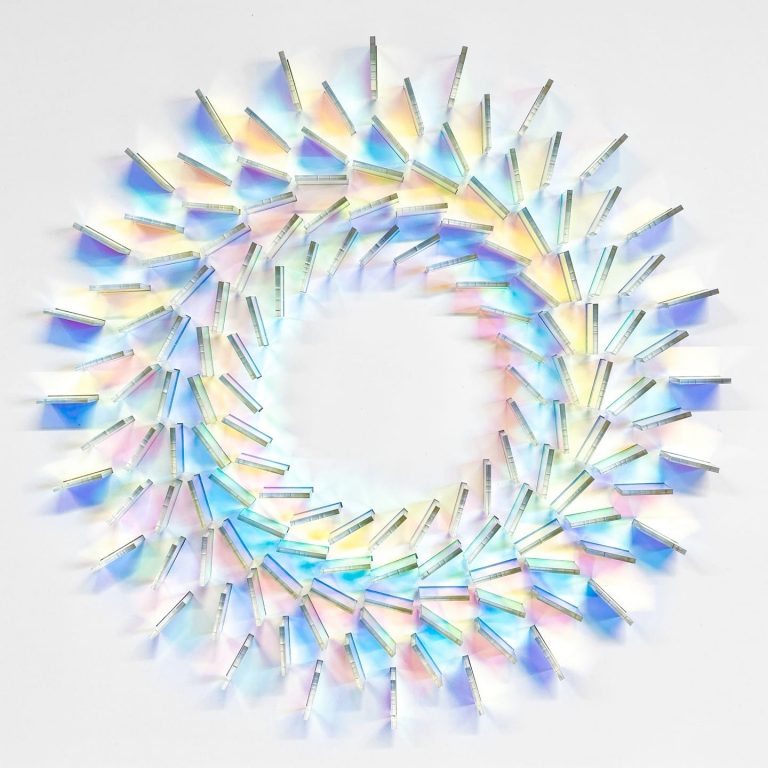 I see this artwork as an interpretation of how radiance, much like ideas and discoveries, start from one central point and expand outwards… The whole design is built around Fibonacci’s golden ratio, which we see in natural forms from flowers to animal pattern. 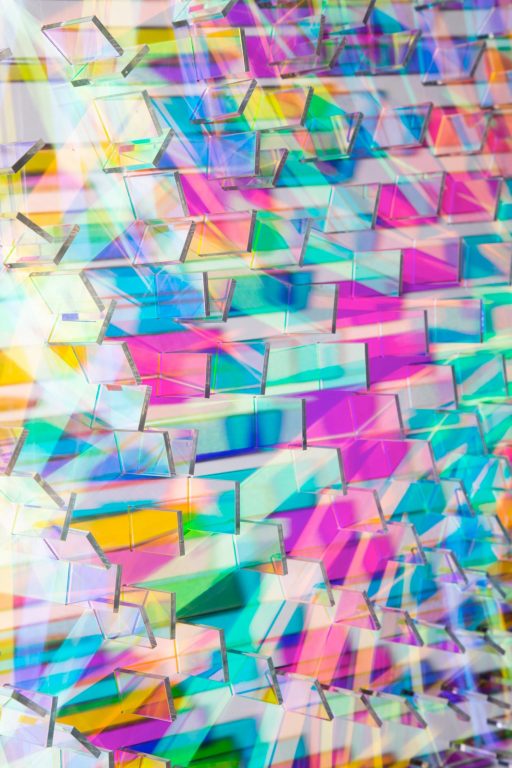 I was initially inspired by the nautilus shell. It is a wonderful representation of Fibonacci’s spiral. The form of the shell is structured to provide strength and protection, and the shell itself is iridescent. 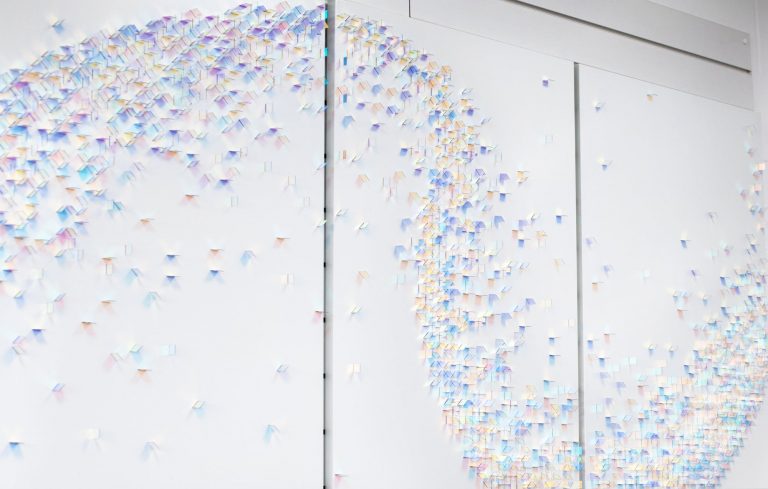 We find in this a representation of how radiance can be embodied within us, as projected to those around us. 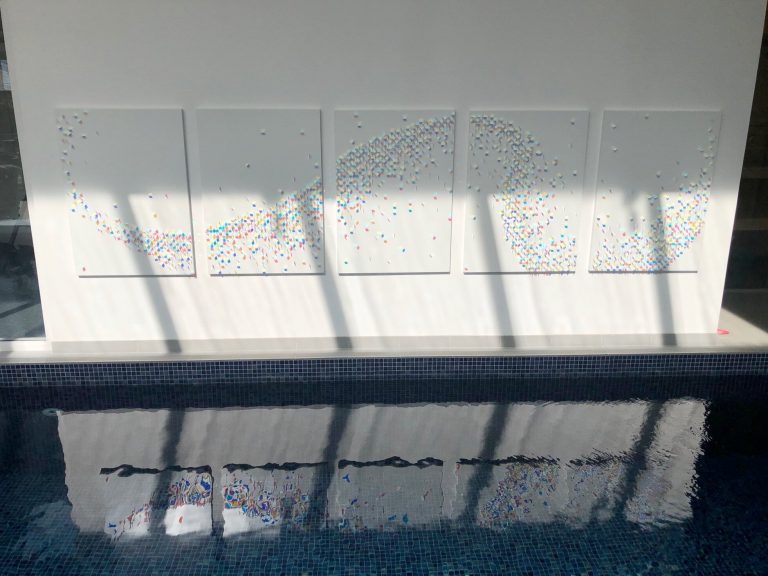